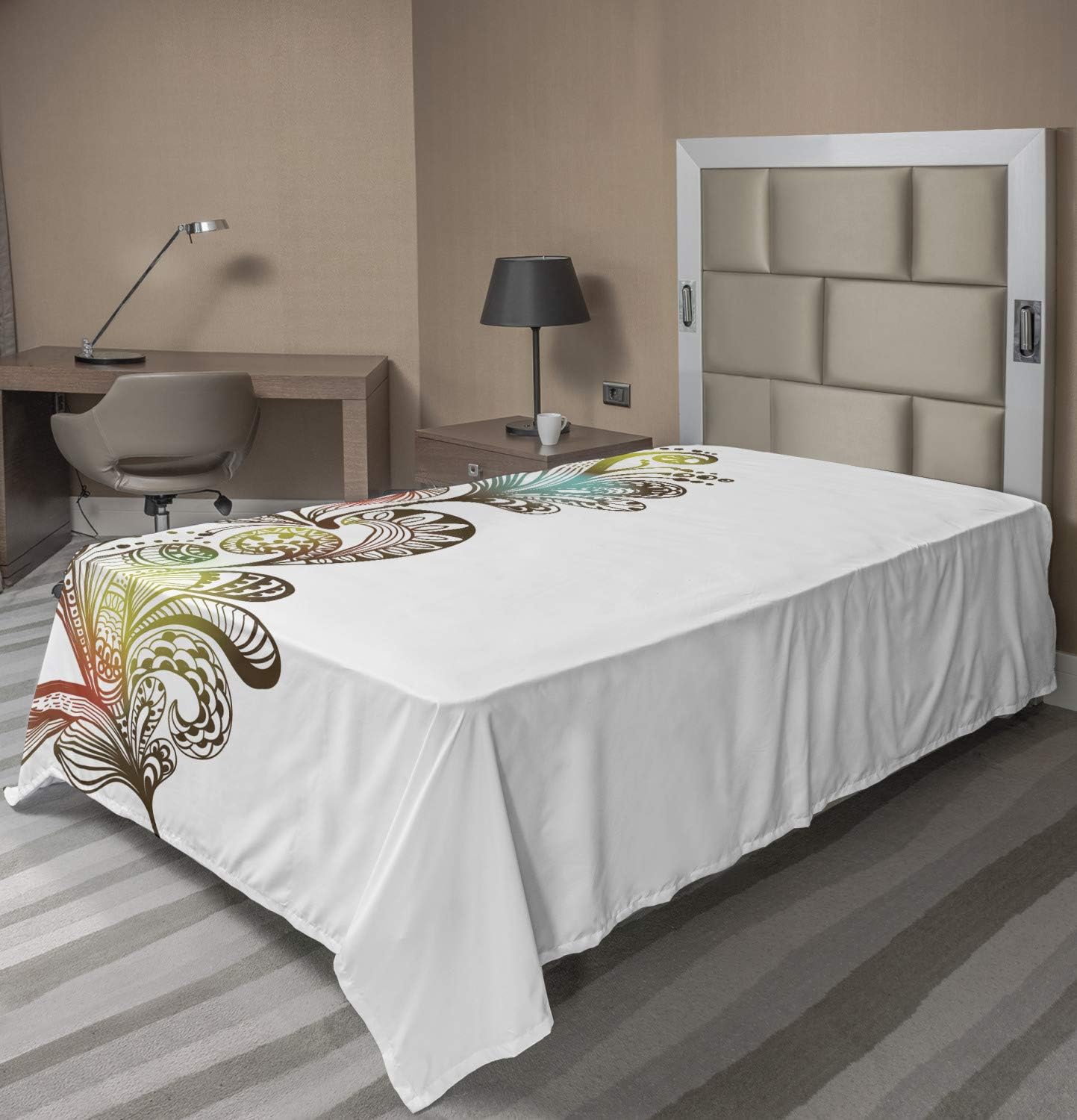 96 INCHES LONG x 66 INCHES WIDE - 1 piece flat bed top with durable print. Decorative accent piece.
MADE FROM - 100% Brushed microfiber fabric. Ultimate comfort and softness for bedroom or guest room.
FEATURES - Oversized and lightweight so you can tuck the bedspread under the bed. Soft to the touch.
MACHINE WASHABLE - Cold cycle, Dryer safe. Iron easy. With proper care NO FADING NO TEARING.
PRINTED - With state of the art digital printing technology. Long-lasting bold colors amp; clear image.
Bring the beauty of colors and style to your bed with our flat sheets. With the high quality of our brand, use your sheets for years. They're long lasting and durable. You'll feel the ultimate comfort and softness. Taste the stylish sleep quality with these gentle sheets. The breathable feature will give you fresh feelings through the night. You can easily combine these sheets with your bedding sets and furniture. Choose between thousands of different and creative patterns. With its oversized design, you can tuck it under the bed and have a peaceful night's sleep; it'll stay put... Colors won't fade thanks to new digital printing methods. It's not too thin or too thick. Adds real value and depth to your decor. Perfect gift idea for your mom, dad, sister, brother, grandma, grandpa, wife, husband, son, daughter and all other beloved ones. It's a clever and fun choice for every bedroom, guest room, dorm, hotel, hostel, motel... It can be given as a housewarming gift, too. The digital images we display have the most accurate color possible, however due to differences in computer monitors, we cannot be responsible for variations in color between the actual product and your screen. Care Instructions: Machine wash with cold water; Do not bleach. Tumble dry on low heat. The fitted sheet is printed on the FRONT SIDE ONLY, the back of them are plain white colored.